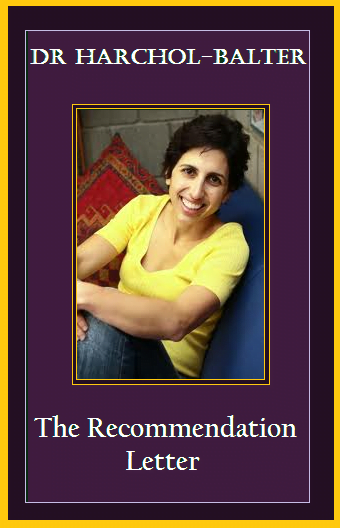 Ideally you would like to make all your letters of recommendation count. Consider the following two letters:

(i) Letter 1: “I highly recommend student X for your graduate program. Student X received an A+ in my undergraduate algorithms class. He was ranked Number 2 out of 100 students. He got the highest score on the ﬁnal. He worked very hard all semester, never missed a class, and was always able to answer the questions that I asked in class. This conscientious attitude makes him an excellent candidate for any graduate program. ”

(ii) Letter 2: “I highly recommend student Y for your graduate program. Student Y received a B in my undergraduate algorithms class. He was ranked Number 29 out of 100 students. Halfway through the semester we started working on network ﬂows. Student Y seemed extremely excited by this topic. He disappeared for 4 weeks and even missed an exam. However when he came back, he showed me some work he had been doing on a new network ﬂow algorithm for high-degree graphs. He had done some simulations and had some proofs. I’ve been working with student Y for the past couple months since then and he is full of ideas for new algorithms. I think student Y’s initiative makes him an excellent candidate for any graduate program.”

Which letter do you think is stronger? It turns out that Letter 2 is very strong. Letter 1 actually counts as 0. At CMU we mark all letters like letter 1 with the acronym D.W.I.C.. This stands for “Did Well In Class” which counts for 0, since we already know from the student’s transcript that he did well in class. By contrast, student Y’s letter gives us a lot of information. It explains that the reason student Y didn’t do better in class was that he was busy doing research. It also tells us that student Y started doing research on his own initiative, and that he is quite good at doing research. The professor was impressed enough with student Y’s ideas that he took him on as a student researcher despite student Y not having high grades.

You want your letters to all be of type 2 (this doesn’t mean that you should skip class!). Remember that letters of type 1 will not count. You want words like self-motivated, strong research potential , own initiative, independent, and driven to appear in your letters. These are the words that we circle when reading recommendation letters. You therefore want to ask letters from people who have seen you do research. These may be professors or employers. 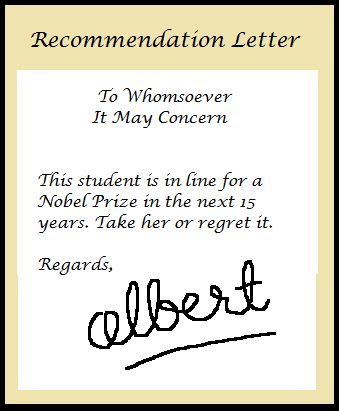 What Recommendation Letters should Cover

Recommendation letters should cover the following points (also see the links to great sample recos at the end of this post):