In March 2012, we had put up a post advising ECE students, about job opportunities in the US. Today, let’s talk about something related but slightly different: while you are waiting for an admit or preparing for an MS, you can use the time to build useful skill sets. If you are an engineer who would like to explore options in software development, you could think about the area of web-development and related technologies. 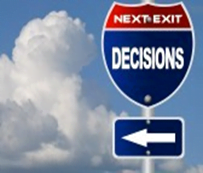 If you are a wannabe web developer, picking the right skill sets is key to a successful career. Once you have chosen the web development skills you want to acquire, there are many ways to develop them:

(The latter two will also allow a hands-on tangible demonstration of your skills.)

The question is “what web development skills should you focus on?”

Today there is an emerging demand for web developers with skills that are more ‘server-based’. You will have a good scope to land and retain jobs in the future if you have web development skills that can be applied across a broad spectrum of applications rather than merely on standalone technologies or platforms. So, if you are a web developer who till now focused purely on ‘Microsoft,’ think about expanding your horizons to include technologies related to

You could also consider upgrading your programming language skills to include:

Till now, developers who had good skills in C and Csharp, .NET and VB would do well. But now, new opportunities are opening up. It seems increasingly likely that in the future, cross platform migrations or expansion will become more and more popular. So, developers will need to be familiar with server-based technologies (perhaps SQL/Exchange) that allow this.

Remember: An entry barrier ensures that your talent stays in demand!

Of course, it is often a good idea to choose software courses which ‘everyone is crowding’. But, exploring the less crowded courses is not a bad idea either – the easier it is for everybody and anybody to get in, the more competition there will be for jobs which require the skills these courses teach. There will also be a lower premium on skills that have ‘mass demand’. So, consider looking beyond the usual choices. Sometimes, mavericks who buck the trend find rewards that others cannot!