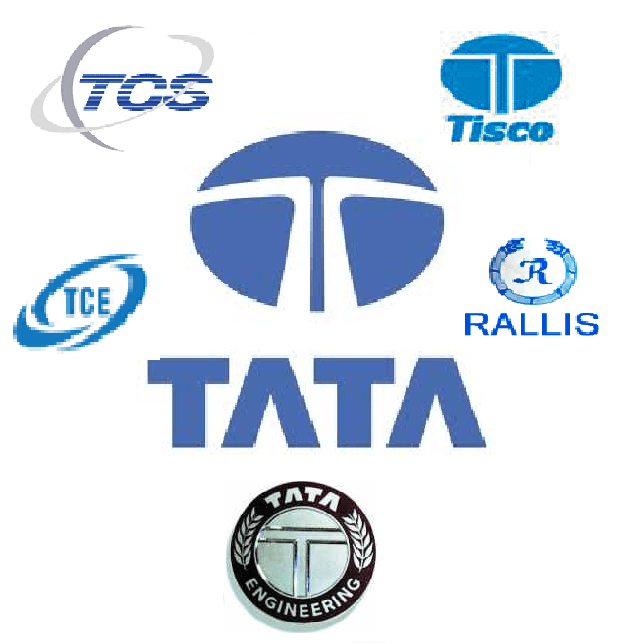 This is the second of a three-part series on Ratan Tata, fifth Chief Managing Director (CMD) of the Tata Group. This part focuses on the changes he brought in his tenure of over 20 years as CMD from 1991-2012, bringing the robust, independent companies that made up the 144-year old Tata Group, under a strong unified brand.

Tata Group’s product range spans commodities from table salt to automobiles. About 7% of the volume of shares traded daily on the volatile Indian market consists of those listed by the Tata Group’s diversified holdings. The group contributes 3% of India’s corporate tax and 5% of its excise duty. That’s twice the amount paid by any other Indian industrial house. Some won’t think much of these figures. Others will point out that there are business houses that are even bigger. But few of them command the strong brand recognition that the Tata Group does. So, how did the Tata Group become such an instantly (and even internationally) recognizable brand?

To understand its transformation, you have to go back into the history of the Tata Group. Ratan Tata was appointed CMD in 1991. However, in line with the group’s tradition, his grooming for this position began from 1962 onwards. He was trained on the different aspects of the business gathering valuable experience on the job. That was during the royal and benevolent JRD period. At that point the Tata Empire had branched out into many areas, each with its own brilliant leader. Many of the Tata businesses were independent successes and their heads were big names in their own right. However, they were each pursuing their own interests rather than that of the group as a whole. This lopsided hub-and-spoke arrangement had become a problem for the Tata Group overall: the branches were overshadowing the tree.

Ratan Tata was the first to realise that for a group to become an internationally recognized corporate brand, it must have a strong core and a strong individual identity. It cannot allow itself to be overshadowed by its own divisions, no matter how successful or profitable they might be. Therefore, in order to free his group of internal maladies and make it healthy from within, his first action as a CMD was the trimming haphazard offshoots. In fact, it could be said that before Ratan Tata built anything, he sold many businesses. In the ’90s, Tomco was sold to the Levers, and the group exited pharma and the textile businesses.

Even before this, Ratan Tata had to face a battle with Russi Mody in order to be recognized as JRD’s successor. Mody, had been appointed by JRD himself to head up TISCO (later Tata Steel). So, many were therefore shocked when was fired by JRD and the TISCO board. Critics felt that having ousted Mody, the Tata group faced a decidedly bleak future. However, the board’s decision was proved right when Mody, desperately sought help, even roping in the likes of Laloo Prasad Yadav in order to to retain his position. The move however backfired on him and helped establish Ratan Tata’s supremacy as the more astute leader. However, Ratan Tata, ever the gentleman, never said a harsh word about Mody, nor did he exult over him in his ‘moment of victory’.

After this, Ratan Tata’s focused on strengthening the ‘Tata Brand’ – and he took several steps to secure this goal. Tata Sons is the Tata Group’s parent company. Thus, the head of Tata Sons is the head of the entire group of industries under the Tata banner. But, the Tata Group’s holdings in Tata Sons were surprisingly low at the time. Had a rival bought out a majority stakeholder, he would have technically become one of the controlling holders of the entire Tata Group! Recognizing this risk, Ratan Tata began to increase his holdings in Tata Sons and also to increase the holdings of Tata Sons in various group companies.

Yet another of his decisions in this respect, was to mandate that every company under the ‘TATA’ umbrella begin paying a royalty to Tata Sons. This move met with sharp criticism: no one had ever paid a fee for the privilege of using the TATA family name. However, this practice became a trendsetter.

Tata also noticed that TELCO and TISCO, the group’s most powerful companies, had names which gave them strong independent identities. And it wasn’t just about the names. A well-designed logo is a great way to establish and distinguish a company’s products (the inverted pen nib, for example represents ‘Parker’ pens, while Lamy’s high quality writing instruments are easily distinguished by the U Clip shaped grip on its cap). However, many of the group’s companies were using the TATA name but, with their own logos or symbols. Ratan Tata rebranded TELCO and TISCO, Tata Motors and Tata Steel, bringing them under the Tata logo and giving them names that retained their individuality yet identified with the parent group.

Companies seek to add their own ‘uniqueness’ to the products they manufacture and there is an art to designing brand names and logos. It is for this reason that, Mercedes cares as much about precise design of its three-pointed star as it does about the quality of the cars it makes. Ratan Tata bought this desire to the group level. He realised the commercial value of the Tata brand, and capitalized on it. After all, as they say, it’s all in the name.