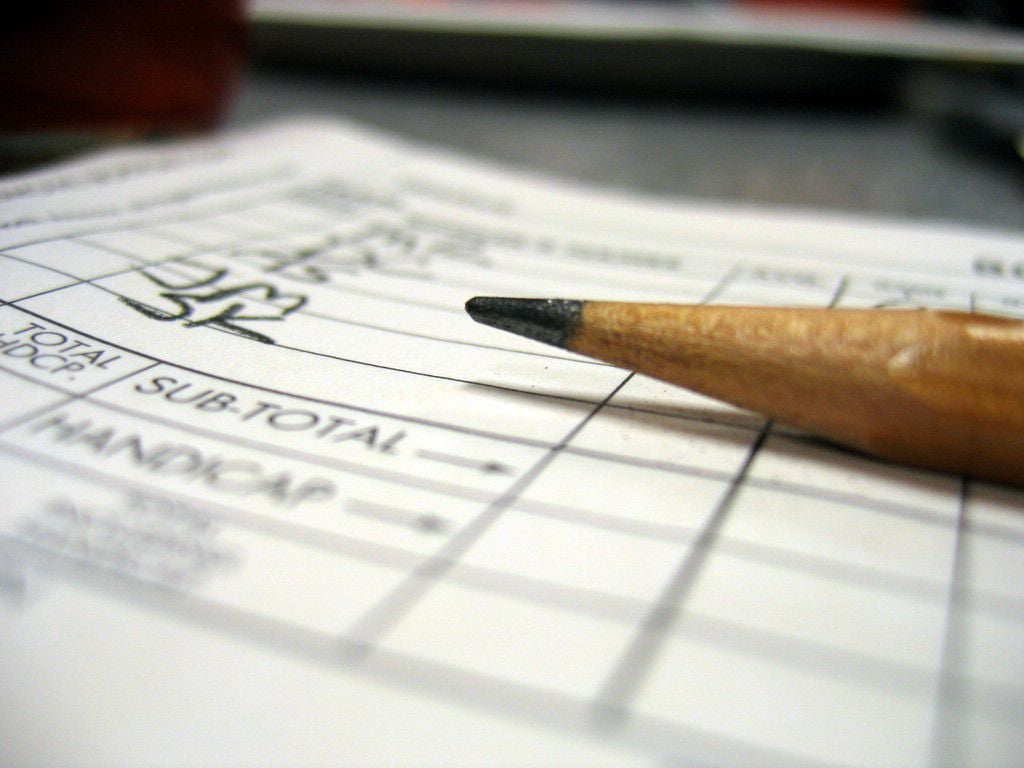 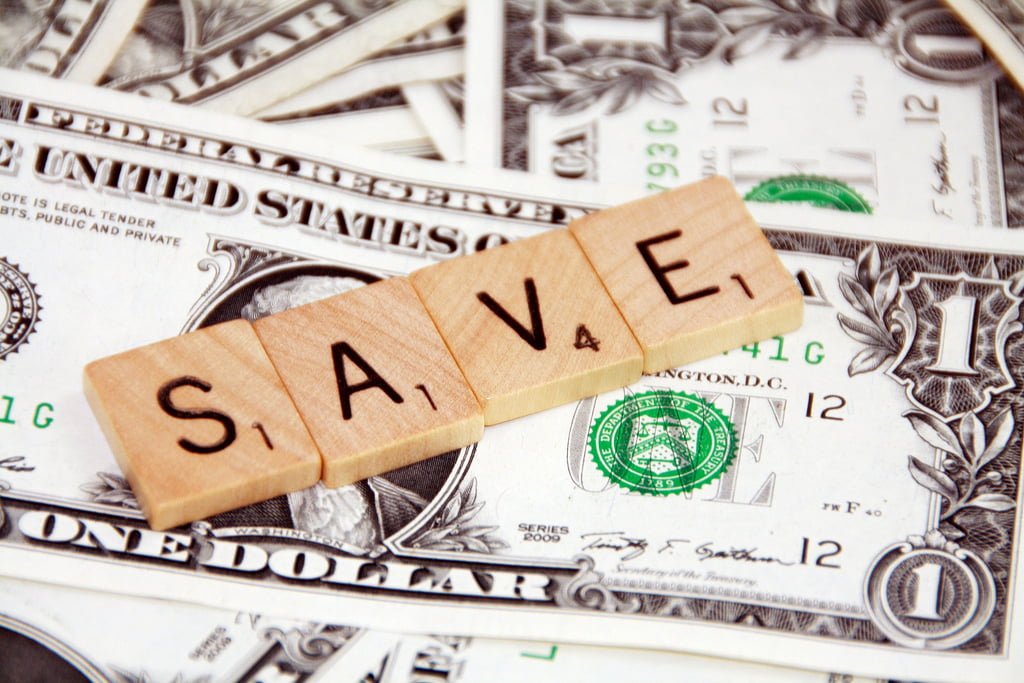 Most of you know that preparing for the GRE test involves things like hours of practice and learning lots of words and formulae by heart. For the TOEFL, as you are aware, you have to brush up on your grammar. But you most probably never thought that preparing for these tests would involve thinking through which universities or colleges you would like to apply to. But it does, and here’s why: saving the 180 dollars referred to in the title is as simple as selecting the 4 names of universities from a drop-down list. Here’s how it works.

At the end of the GRE test, the ETS allows you to choose 4 universities to which they will send your GRE test score to WITHOUT ANY ADDITIONAL CHARGE. This is the ‘free score reporting’ feature, so called since the payment for reporting the score to those four institutes is included in the GRE registration fee. The TOEFL has a similar feature. The difference here is that the selection of the university or college you would like to send your free scores to needs to be done BEFORE the exam – any time after you have booked the TOEFL exam date up to 24 hours before your TOEFL test date.

Most students don’t make use of these useful money saving features since they generally don’t decide which universities they want to apply to before their GRE or TOEFL exams. The reasoning is that the choice of university depends on the GRE test score hence, university selection can be done only after the test. So, students normally request what the ETS calls Additional Score Reports (ASRs) only after they have selected universities to apply to (according to their GRE score). At that point they end up paying a fee of 27 dollars for each additional GRE ASR they request and 19 per TOEFL report. But, if you have already made use of the free score reporting feature, you make a saving of $27 + $19 = $46/- per university and $184 for all 4 universities!

But how do you select which universities you want to apply to before you have even got your GRE score? Well, you should have some idea of what universities you want to apply to beforehand – after all, on the basis of your GRE test scores you will only be making a selection of 4 for ‘free score reporting’ from that list; and though you may not have your GRE test scores in hand before the actual test, your mock tests will give you some idea of what scores you can expect. To make that list, talk to seniors or get on to some good discussion forums. This is something that you have to do in any case.

If, on this basis, you can make you make up your mind about what universities you would like to apply to before the GRE and TOEFL exams, you’ll be able to keep that $184 /- in your pocket! That works out to over 11,000 rupees, and you could buy a pretty decent smartphone with that amount or… plan a trip to Goa! 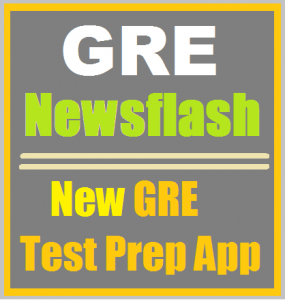 Ripples from the smart phone revolution started by technology giant Apple are spreading out everywhere. Apps for mobiles for a variety of organizations and services are being rolled out in increasing numbers. Now, the ETS has got onto the band wagon with its launch of the first-ever official GRE® test prep mobile app on the App Store.

According to the ETS, the app, which is based on the second edition of The Official Guide to the GRE® Revised General Test, gives users access to authentic GRE® test questions from past administrations of the test, answers and explanations by ETS and the ETS’s own tips and strategies for the GRE®.

With the app users can quiz themselves, track their progress with category-specific results, and even count down the days left till their test date. Two versions of the app are currently available:

END_OF_DOCUMENT_TOKEN_TO_BE_REPLACED 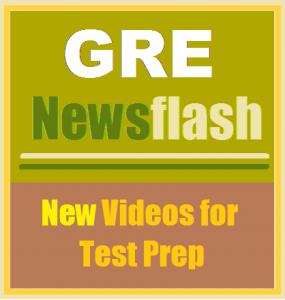 With earlier versions of the test, students would go to the ‘Big Book’ for practice on actual GRE test papers of the past. With the Revised GRE coming in August 2011, A new version of the prep book called the Official Guide came in. Now, the GRE® program also offers ‘GRE® Success Starter videos’ to help you crack the GRE®.

There are two videos:

The videos are designed to help you familiarize yourself with the two most important sections of the test: Quantitative and Verbal Reasoning. According to Dawn Piacentino, Director of Communications and Services for the GRE Program at ETS, , “In less than 20 minutes each, these videos walk test takers through examples of the different question types in the test, provide strategies for answering each question type, and share useful tips and strategies.”

END_OF_DOCUMENT_TOKEN_TO_BE_REPLACED 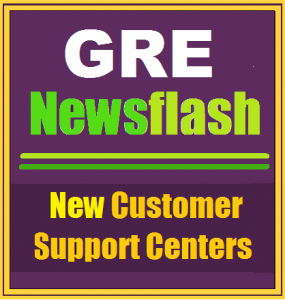 Here’s an additional bit of good news for GRE test takers in India. The growing number of students taking the GRE® test in this country has pushed the GRE Program to open customer support centers here.

According to the ETS, the new GRE Customer Service Centers will “provide guidance and information for individuals preparing or planning to take the GRE® revised General Test or GRE® Subject Tests. Information about test preparation materials, test centers and dates, score reports and other test-related inquiries can be answered by call center staff.”

The ETS adds that India Indian students, “may call the new GRE Customer Support Center toll-free at 000-800-100-4072, Monday–Friday from 9 a.m.–5 p.m. IST. In addition, inquiries can be sent via email toGRESupport4India@ets.org.”

This should make registering for, scheduling and cancelling the test much easier for students. 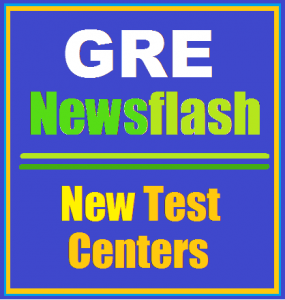 Starting in July this year, the GRE program made additional testing available across the country to support the growing demand in India. The cities where additional testing will be available include Ahmadabad, Bangalore, Bhopal, Calcutta, Dehradun, Hyderabad, Mumbai, New Delhi, Vadodara and Vasad. A surprise inclusion is Nasik. Pune is yet, however to get a test center of its own despite the large number of test takers from Pune.

Dawn Piacentino, Director of Communications and Services for the GRE Program at ETS explains that there are two reasons for the increase in the number of test-takers: “Interest in the GRE revised General Test has been steadily growing as more people are choosing to submit GRE scores when applying for an MBA or specialized master’s program. The number of graduate schools around the world who accept GRE scores is also on the rise, giving GRE test takers a lot of options.” The GRE is obviously still aggressively challenging the position of the GMAT a the premiere test for students seeking admission to MBA programs in the United States.

END_OF_DOCUMENT_TOKEN_TO_BE_REPLACED

Here’s a fun help for GRE verbal section preparation – especially for those students who find learning the vocabulary a bore! This hilarious video by the Open University, England gives you insights into the ingredients that have been combined to create that wonderful melting pot that we call the English vocabulary.

Some highlights: Shakespeare’s contributions to the vocabulary of the English; before that the additions to the language through the invasions of tribes such as the Jutes, Angles, Saxons and the role of conquerors such as the Normans from France and the Romans. Towards the end of the video there are even parts on the role of the Internet, of America and even India! Definitely worth a watch, maybe even several! Happy viewing!

P.S. just in case the embedded video is not working here’s the link:

The History of the English Language in Ten Minutes

If you are applying for spring, here’s one last call to check the timeline for applications – though university deadlines for spring go up to December, the last phase of deadlines is drawing to a close (see deadlines for spring 2014 for more details). For those late universities there are still a number of things you need to get done right away! Note that the timeline below is geared to the earliest universities (which have their deadlines in June). However, the steps given below all need to be taken for all universities no matter what their deadlines are. So, hurry and get into action, there’s no time to lose.

P.S. for those who have already taken admission make sure that you take the 8 steps mentioned right at the end of the blog. Good luck to you all!

March 2013 – Make a preliminary list of about 30 universities which meet your requirements considering:

Note: for engineers check the free ‘university info‘ feature (under the applications button) at online.dilipoakacademy.com – it lists departments and courses for the top 220 universities (registration is free). Also given are the university rank and GRE and TOEFL institutional codes.
END_OF_DOCUMENT_TOKEN_TO_BE_REPLACED 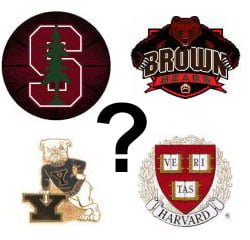 We present you the definitive guide to University Selection for MS in US. One of the most difficult and important parts of the whole process of applying to American universities is deciding which ones to apply to. And considering the large number of good universities and the wide variety of courses available, selecting the right universities is a difficult exercise. So, here are a few pointers to help you on your way.

END_OF_DOCUMENT_TOKEN_TO_BE_REPLACED 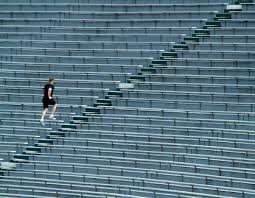 If you are applying for fall 2014 the clock has begun to tick. So, don’t delay. Review this Application Timeline for Fall 2014 immediately and get to work. Here it is:

June-August 2013 – Review you goals for MS education and choose some specific areas in which you would like to specialize.