One of the easiest ways to learn new words is through association. Instead of trying to learn by remembering the equivalent of a word in your mother tongue or its usage in English, you can learn by thinking of words in groups. These groupings can be grammatical: all action verbs or nouns related to knowledge (ending with -logy), for instance; or logical: as found in our VocabApp.

Today, all our links and questions are about pictures and photographs, which can be helpful in recollecting a bunch of words. Here are some of those words, see how many you can guess correctly.

For a ______ like myself, there was no wrong age to take up photography: I just had to get a smartphone!

Editors often __________ black-and-white photos with colour images to choose the best ones.

Tell us your guesses in the comments section and look for the answers in our next edition!

Recycling Could Help You Make Millions

1] “We found the glass splashed on little pieces of bone that were by the hearth, so we know that the molten glass had landed in this village while people were living there,” said coauthor Allen West, a member of the Comet Research Group, a nonprofit organization aimed at studying this particular cosmic impact and its consequences.

2] B] No magnetic marks, characteristic of lightning strikes, were found. 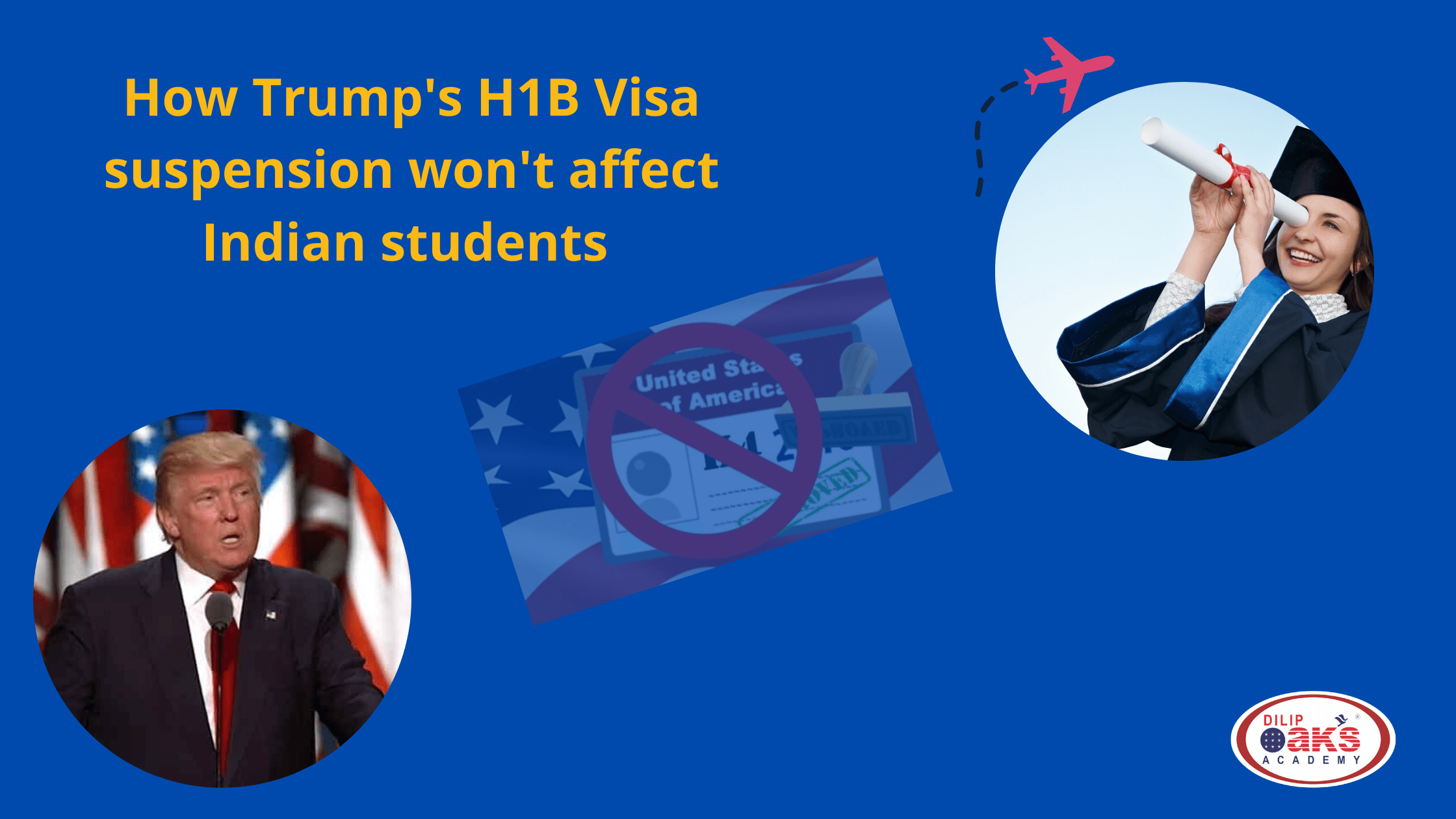 While the news may come as a setback for IT professionals aspiring to go to the US this year, students completing graduation in the USA, need not panic.

Who will be affected by this executive order?

This move will affect the IT companies in India that work for US clients and send their employees on H1B visas or L Visas to work at client sites. The suspension will prohibit the entry of IT professionals in the USA on work-related projects till December 2020. The freeze will apply to the following visas:

The H1B lottery process for 2020-21 fiscal has completed. The sponsoring companies of those picked in the lottery had hoped to complete the application process by June end and have the employees onboard this year itself. However, with the new ban, the employees will not be able to join this October and will have to wait till December.

No effect on F1 visa and OPT

Students pursuing their education in the US are on an F1 student visa. You can still find an internship or co-op on CPT while studying. Also, on completion of your graduation, you can start working in the US on OPT. Students who are already on OPT and whose H1B visas have been picked in the lottery, will not be affected by the order. However, it is highly recommended that they do not travel outside the US under these circumstances.

Following this order, Trump has also directed his administration to reform the H-1B visa system and move in the direction of merit-based immigration. Additionally, the lottery system which picks up applications randomly will now be replaced by a merit-based system that will prioritize the highest salaries to “get the best and the brightest”.

Therefore, students who have demonstrated excellent academics and have advanced degrees in the US universities will increase their chances of securing a high paying job and benefit them greatly.

As convenient as they might seem, online classes do demand extra efforts when it comes to concentrating. It is quite easy to focus during classroom lectures as there is two-way communication and the right kind of environment with no reasons to get distracted. However, in online classes, it is a task to focus and soak everything in as it is comfortable and there is no fear of being noticed or called out by the teacher! This lack of concentration might leave you with no substantial learning at the end of the day.

To enable you to stay focused during your online lectures, and make the most out of them, here is our quick video blog of 6 easy hacks to get you back in the learning game!

As promised, from this week onwards, we will present some old and some new articles along with questions on Reading Comprehension, Sentence Equivalence, and Text Completion from the Verbal Reasoning section.

Tell us your guesses in the comments section and look for the answers in our next edition!

Dinosaurs weren’t the only ones!

Select a sentence in the article that provides evidence that the comet struck while the village was under human habitation.

Why did the scientists rule out earthly causes such as volcanic activity or thunderstorms for the fires? Select all that apply.

A] They found evidence that natural sources of fire can also reach such high temperatures.

B] No magnetic marks, characteristic of lightning strikes, were found.

C] Molten metal was not found at the site.

C] Survival of a few people

The presence of halos as identifying appurtenances of holy figures in early Netherlandish paintings is as ________ an occurrence as it is commonplace in Italian paintings of the same period.

Select the two answer choices that, when used to complete the sentence, fit the meaning of the sentence as a whole, and produce completed sentences that are alike in meaning.

The representation of mortals as saints, reflecting a desire to (i) ________ the lives of the saints and to follow their sacrifices and devotion to Christ, becomes increasingly (ii) _______ in the early sixteenth century. The practice reflects an extension of the beliefs of and widespread adherence to the Modern Devotion, a popular reform movement begun by Geert Grote in the late fourteenth century and initially practiced by the Brothers of the Common Life.

For each blank select one entry from the corresponding column of choices. Fill all blanks in the way that best completes the text. 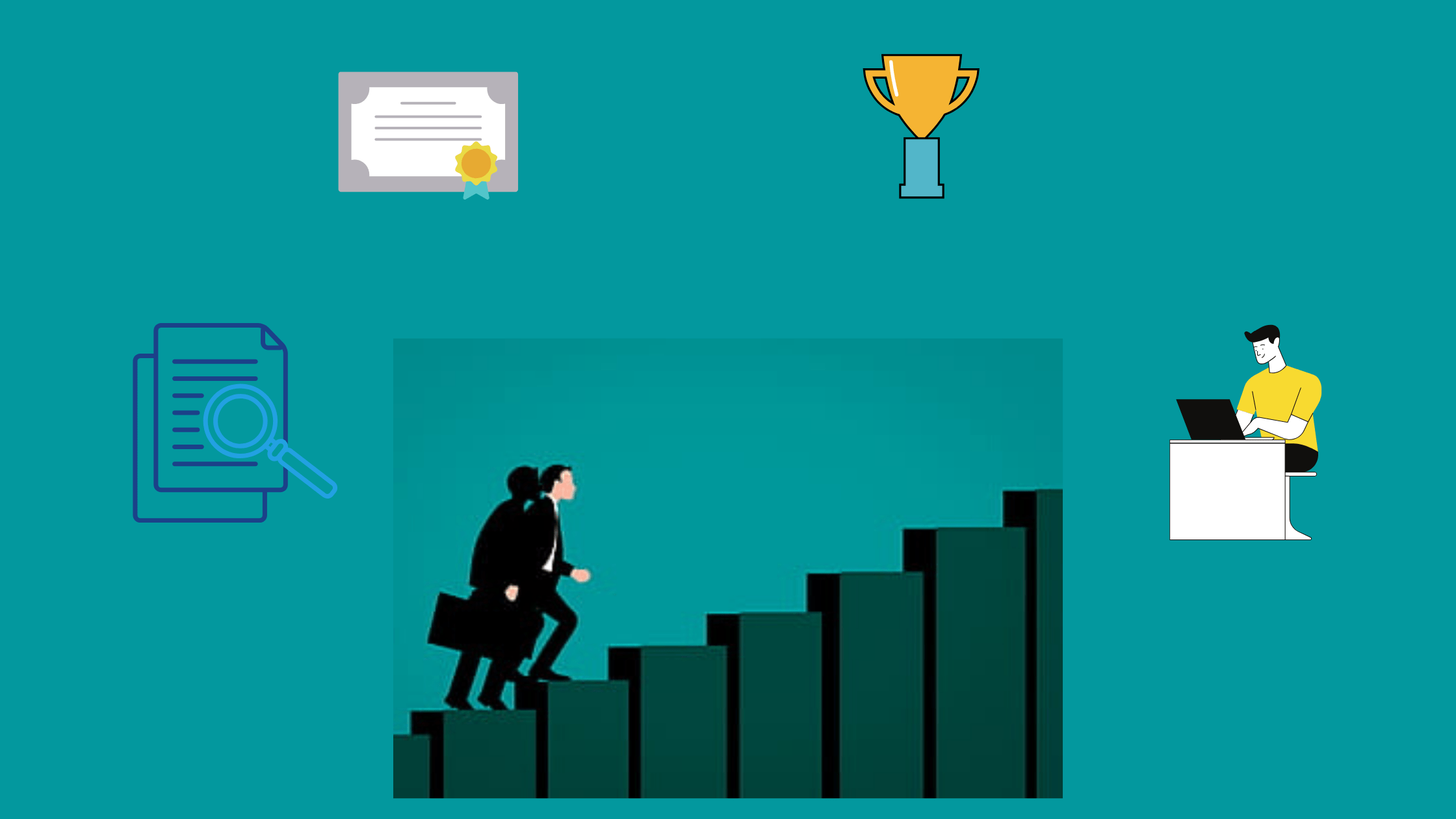 We know how this lockdown has affected your future plans, delayed your dream of flying to the US to start your master’s, and has left you wondering what to do! Well, our suggestion: Do not let the pandemic dampen your spirits. While at home, seize the opportunity, enhance your skillset and start building a strong career profile. Value-addition is the need of the hour and with ample hours at your disposal, you better spend them productively.

Here are four great ways to build a solid profile and skyrocket your career:

So gear up and get going!

We celebrate the big 10 with a nod to big transformations and changes! From the tiniest of organisms to the infinite vastness of space, small changes tend to have big repercussions. From the next edition of the reading list, we will change too. To know more, keep following our lists.

Look out for a new Reading List every week on Thursday!

As the end of the lockdown nears, we are on cloud nine. Let us remember to dress to the nines as we take solace in the fact that we went the whole nine yards in our fight against coronavirus, boredom, and Zoom fatigue! With prompt implementation of the lockdown and its subsequent easing, we have proudly proven that “a stitch in time saves nine”.

Read on to know more about the ninth edition of the reading list: 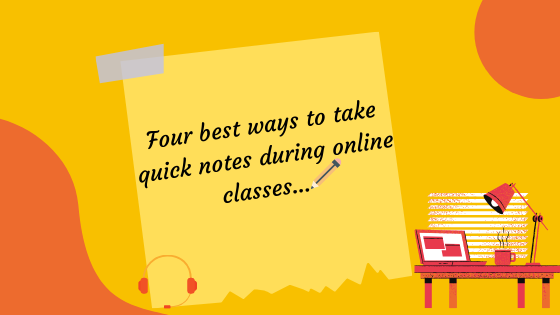 Most of the institutes have begun taking online classes for the completion of programs. Though online classes are extremely convenient, they also require you to adapt to certain skills that you otherwise wouldn’t have considered a challenge; one of the most important skills being ‘taking notes’.

Taking down notes is an integral part of the learning process and is often done at ease during classroom lectures or pre-recorded lectures. However, it can prove to be a real task during live lectures because they are generally faster than classroom lectures and there is no way the teacher can moderate his/her speed to suit every student’s speed. It is, therefore, necessary for the student to be quick and focused to take effective notes.

Considering this, here are a few handy ways that will help you take notes swiftly without losing your attention:

Go back to the old-school method: Our tech-savvy selves have become too used to typing with fingers which is why writing things down on a paper has almost become obsolete.

Many of us take notes on their desktops but it becomes a hassle to toggle between the screens. Worse, if you are attending the lectures through your mobile phone it becomes nearly impossible to take notes without losing attention. Therefore, take handwritten notes and avoid the stress.

Create an outline and framework: Read the topic that you will be taught in the lecture beforehand and take down some key points. This will help you keep a framework ready and you can note down more sub-points and in-depth points as the lecture progresses. This method prevents information overload and you do not end up writing everything down.

Go for flow notes and diagrams: Another interesting way to remember what’s taught is to write only the key points, sketch quick diagrams, draw connecting arrows to give the information flow and arrange it pictorially. You can also devise your shorthand symbols and abbreviations and study them later in-depth.

Try the Cornell method: The Cornell method is a very popular method of taking notes in an easy and organized manner. Divide the page beforehand into three sections: Two columns and one row at the bottom of the page. In the larger right column write down initial notes, important sentences, and phrases, general ideas of topics taught. In the smaller left column write down cues, keywords, comments, and questions that arise from the notes on the right side. In the bottom row, write down a summary. This method helps you to study a topic thoroughly and easily.

So which way are you going to try for your next online class?

According to the recent update, many universities especially from California, New York, Pennsylvania, etc. have decided to offer online courses for the Fall 2020 semester. However, we do not recommend going for online courses for several reasons which we have explained in our earlier blog Go For Online Semester or Request a Deferral? dated April 23.

Of course, some universities from a few states are also planning to resume in-person instruction for the Fall 2020 semester but they will give a concrete decision in July after consulting the public health officials. In that case, it will be difficult for students to obtain visas at such short notice.

Also, the US consulate has been non-operational since March 16 and with the extension of the lockdown, they have temporarily suspended the visa interviews. The exact date for resuming the process has not been declared yet. There is a possibility that the consulate may reduce visa interview slots and a limited number of applicants will be allowed at the consulate at a given time due to social distancing norms.

Therefore, there is no guarantee that you will get your visa on time.

Moreover, there is no certainty on when international airlines will resume operations. As per the recent update by the Directorate General of Civil Aviation (DGCA), the suspension of scheduled international commercial passenger flights would continue until midnight on June 30. Though it implies that operations will resume in July, no official date has been declared yet.

Given the above-mentioned points, it will be wiser to defer your admission to Spring 2021 since in-person instructions are likely to begin from January 2021.

Of course, we recommend students to consider all these factors and make their own decision.