Therefore, students completing a degree from the STEM field get an OPT period of total 36 months (Regular 12 months + 24 months extension), permitting them to work in the US without H1B visa. 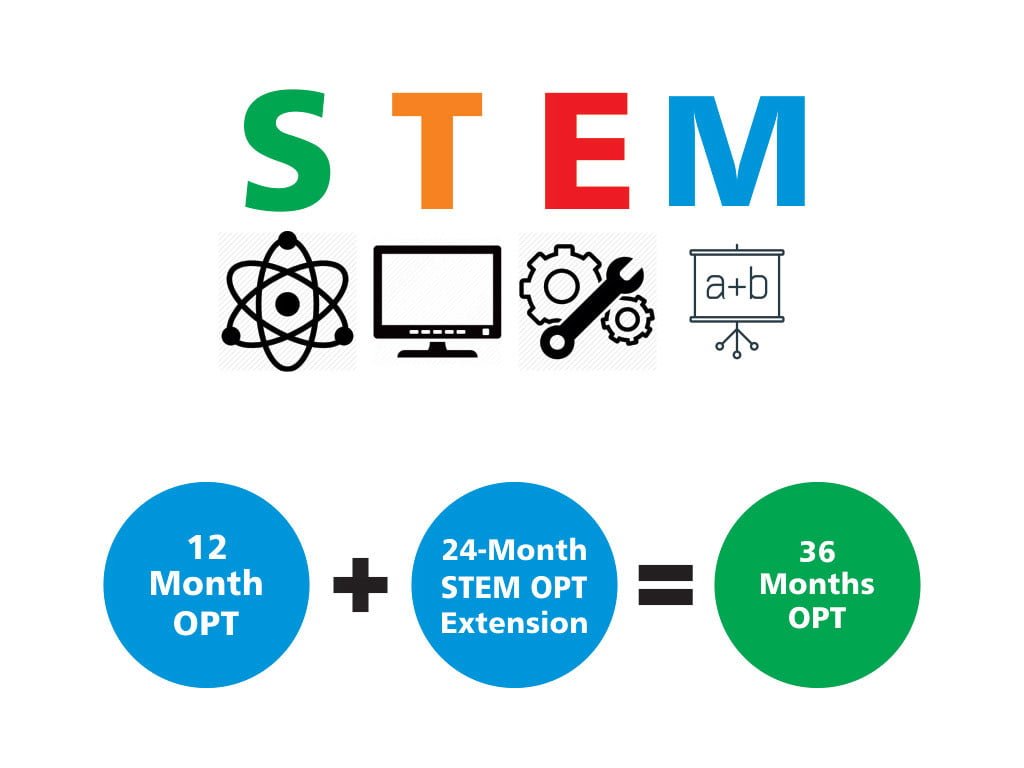 OPT is a temporary employment authorization that is directly related to a student’s area of study. Students pursuing their education in the US on student (F1) visa are eligible to work in the US under the F1-OPT visa program, which gives them an opportunity to apply the education obtained in an academic degree to a practical work experience.

A federal judge has dismissed a lawsuit brought by the Washington Alliance of Technology Workers (WashTech) that challenged the STEM OPT regulations that allow F1 visa holders who have degrees in STEM fields to extend their one-year Optional Practical Training (OPT) period for an additional 24 months.

The dismissal ends this lawsuit, and the current rules governing 12-month OPT and the 24-month extension for students from STEM fields remain in place.

The university officials addressed the students on a variety of topics that were important and relevant to the latter. They also took their questions and generally dwelt on the challenges they were likely to face as graduate students in the US. They spoke with students on resource management, coping with academic pressures, on-campus employment opportunities, and safety-related issues. 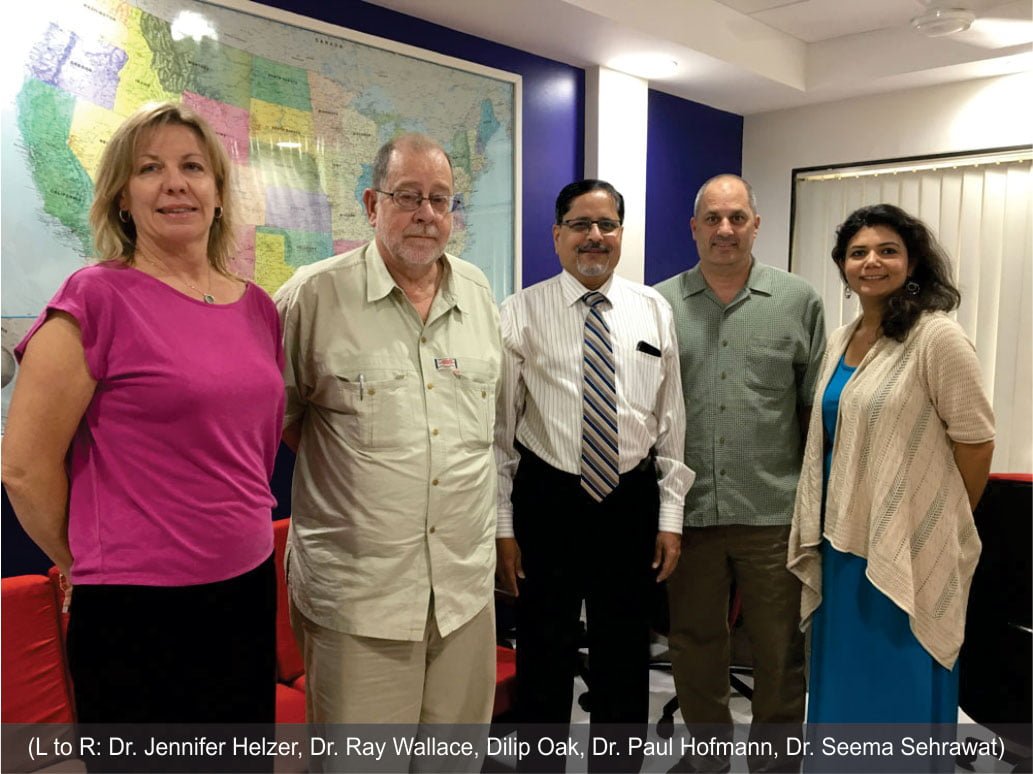 Dr. Ray Wallace dwelt on three topics: employment opportunities in the US after MS, the dynamic of the H1B immigration regulations, and what he called the “Trump effect.”

Dwelling on the dynamic of the H1B immigration regulations, Dr. Wallace was of the opinion that the Trump Administration did not have problems with overseas students coming to US universities, and added that it had issues with contracting and consulting companies like Wipro, Tata Consultancy Services, etc., which he pointed out had historically netted a large percentage of H1B visas from the quota allocated to Indians.

Seeking to allay the fears of students in general, Dr. Wallace assured them that change comes slowly with regard to regulations in the US and that change will be positive for university graduates. These changes will only present university graduates with more job opportunities, higher salaries, and less resistance in the immigration context.

Referring to what he called the “Trump effect”, Dr. Wallace shrugged off rhetoric of the US President during his election campaign and stated that he was a different man when he interacted with IT majors in the US. Dr. Wallace quipped, “Trump doesn’t speak like that to Bill Gates or people from other major IT companies like Apple,” and added that as a businessman himself, Trump understood and seemed to be sympathetic to the pleas of heads of IT companies for flexibility in immigration-related regulations as they needed to hire people from abroad. Therefore, Dr. Wallace said that change will only be positive for higher education, especially for students with master’s and PhD degrees in the STEM category.

Dr. Paul Hoffman pointed out that there was a wide range of on-campus jobs up for grabs for graduate students who chose to take up a job during their second or third semester. These included academic and non-academic job opportunities, he added. Dr. Hoffman said taking up an academic job on campus could lead to internship opportunities which receive academic credit for off-campus work experience.

On graduation, Dr. Hoffman revealed, one could transition to a period of practical training for 12 months. He stressed that STEM-major students could avail of an additional 24 months of off-campus employment, which would mean 36 months of practical exposure and experience for them. Dr. Hoffman stressed that students could thus make the most of the inherent privileges that would accrue to them by virtue of their H1B visas. He also disclosed that, often, such students are sponsored by their companies for an H1B visa, later, which allows them to continue working in the USA after this initial three-year period.

Dr. Seema Sehrawat spoke on the American education system. She pointed out that in the US students got a lot of practical knowledge. She said whenever she spoke with students of Computer Science, Computer Engineering, Electrical Engineering, and even MBA, all of them talked about how they greatly valued the practical basis of the education system in the US. Dr. Sehrawat did sound a note of caution on how this could pose a challenge initially to Indian students who are more accustomed to theory-oriented studies in India.

She pointed out that American professors were generally very dedicated and always there for their students. Referring to the current political climate, Dr. Sehrawat advised students not to go by heresay or exaggerated media reportage. She urged them to focus on their future and think of what the American system had to offer to them. Speaking of California, she emphasised that California was “quite safe” and added that it was a “melting pot” that welcomed diversity. 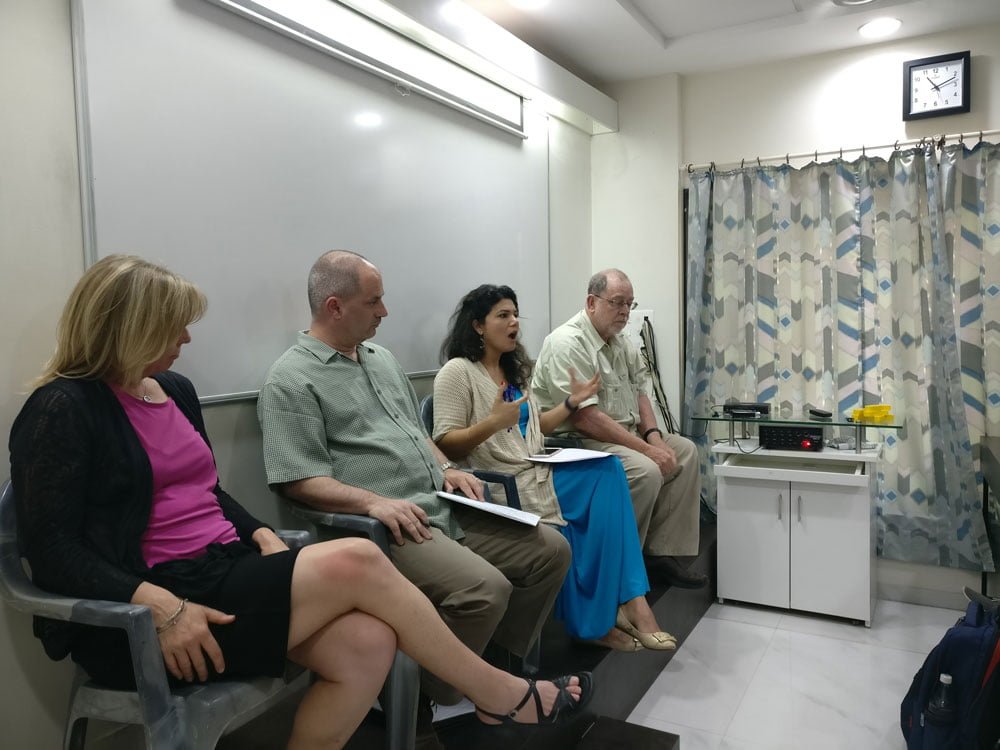 Against the backdrop of attacks on Indians in the US, the experts pointed out that Indians staying in the US should be well aware of their surroundings and make the correct decision regarding matters such as whether or not stay out late at night. Untoward incidents occur usually late at night after partying. Therefore, it is advisable not to put oneself in such vulnerable positions.

University campuses and its surroundings, they stressed, are safe and every campus has a highly organised and professional police department. Every university is particular about student safety and makes it its top priority, they pointed out. The American people, they specially emphasized, are very supportive of cultural diversity. Sensational media reports usually refer to stray incidents in some trouble spots of the US such as the “Midwest” and some of the southern parts of the country.

Stressing security and safety, Dr. Sehrawat, speaking from her personal experience as an expatriate Indian, opined that American people in general were kind hearted and welcoming, and that one could easily make friends with them.

The visiting delegation of California State University officials spent a couple of hours interacting with students at Dilip Oak’s Academy. They gave students their calling cards and encouraged them to meet them when they joined their colleges. 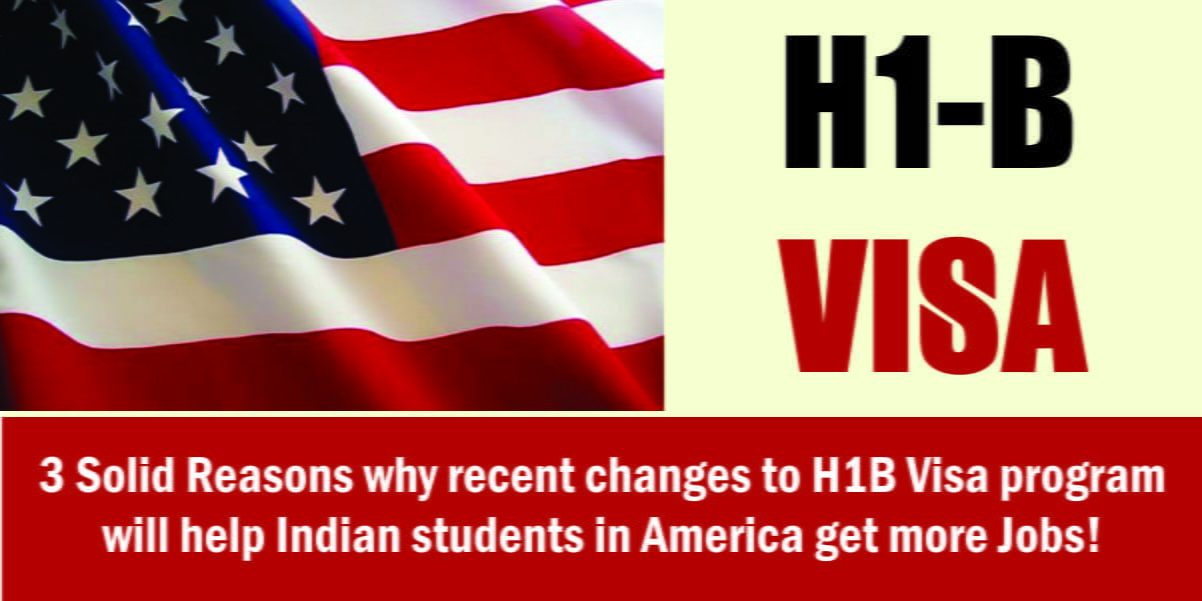 Here are 3 things Indian students aspiring to study in the US should know.

1. More Visas for Students: This rule primarily affects India’s IT outsourcing industry which is the biggest user of H-1B visas. Of the top 10 companies sponsoring H1B visas, 89% visa applications are from outsourcing IT companies. This causes an acute shortage for H1B visas on a whole, reducing chances for Indian students who are directly employed by US companies , filing for H1B. With stricter regulations in place for Indian IT companies, more opportunities will open for students with advanced degrees. In other words, more visas will be available for students

2. More Jobs for Students: As this rule affects lot of outsourcing employers – these jobs need to be filled in US itself. Due to the lack of high skilled professionals with advanced degrees in US especially in the STEM areas, these jobs will open for students. As Indian students do have F1 visa with OPT – shortage of workers due to visa rules will help Indian students looking for jobs.

3. US Economy is booming and needs skilled knowledge workforce: Today US unemployment rate stands at just 4.7% lowest in 15 years. Stock market is up 15% since November 2016 – More and more investment is being made in businesses – all this means much more demand for skilled knowledge employees – all of which are in short supply today. Students should take advantage of this situation.

So Indian students doing MS in US are in reality, probably going to benefit from rules.